In Vevring you will find Engebøfjellet, a mountain that contains the coveted metal rutile that has caused environmental conflicts in the small town for many years. The Norwegian state finally approved a company with the controversial plan to dump all surplus from the mining in the fjord. The consequences are expected to be devastating for the fjord's wildlife and in the long run also for life around the fjord.

Rutile occurs as a trace material in most bedrock and is used, among other things, for rutile pigments, including the color chrome yellow. This so-called yellow color is more orange in tone, and a similar but not quite as sharp color is also obtained from color-lichen. A leaf lichen that grows against rocks.

The weft yarn in the woven portrait of Engebøfjellet is dyed from color-lichen picked from a place that is physically close to me. I found the title of the work in a photograph of a family demonstrating against the planned mining in Vevring. One of the children holds up a  poster with the words ”FJELLET FÅR DE ALDRI” ( THEY WILL NEVER GET THE MOUNTAIN”) 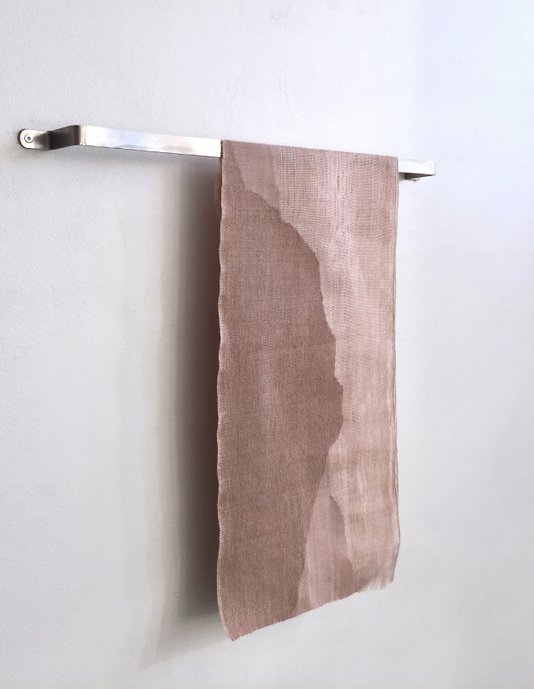